AkkineniNagarjuna, who has introduced many new directors to the silver screen through his films, has also introduced dance director Raghava Lawrence as a director through his “Mass” Movie and has been a huge hit.  Repeating this hit combination again after the Mass movie… Nagarjuna surprised the industry by giving another super hit to the audience as Don in the Year 2007. You can check in aha videos. 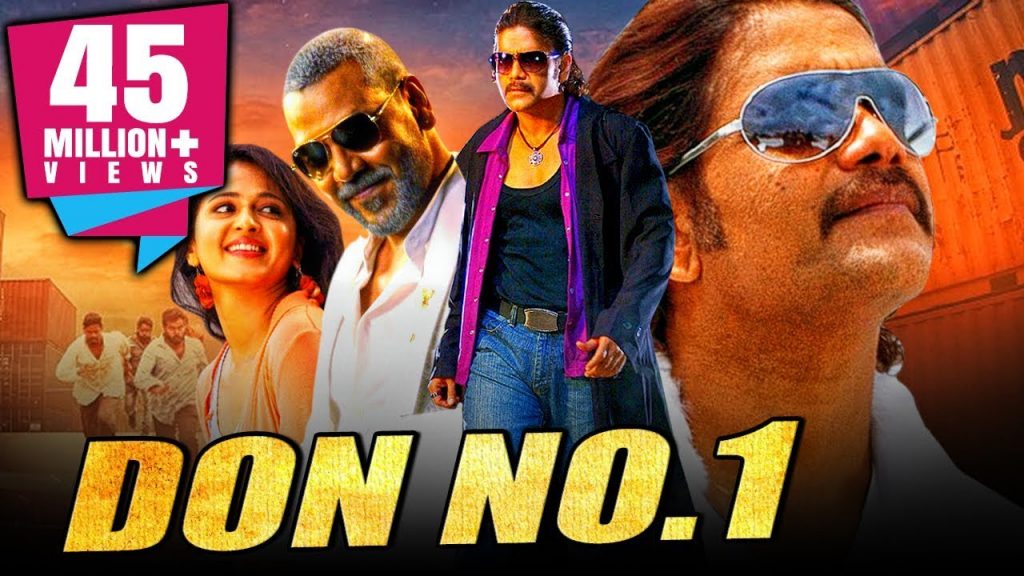 While coming to see the story of Don movie, Suri (Nagarjuna) has the philosophy of standing up for the poor by fighting for justice from an early age.  That is why he stands as a don on behalf of orphaned children who are being wronged at the hands of gangsters.  One of the orphans, Raghava (Lawrence), approaches Don.  Reaches the level where Dan is called Anna (brother). Orphans and the poor contact Don whenever they have a problem.  Meanwhile,Raghava starts searching for a girl to marry Don. Meanwhile, Priya (Anushka), the daughter of Murthy (Chalapathirao) with her right-hand standing, wins Dan’s heart.  Raghava, on the other hand, also falls in love with Nandini (Nikhita).  If this is the case here, then international Don Stephen (Kelly Dorge) will start trying to capture Andhra Pradesh as well.  Stephen felt Suri as a big obstacle to this.  So, how did Stephen step in Andhra Pradesh?  How does Suri stop Stephen? How many of Suri’s own circles lose in a battle with Stephen?  What will the climax be like in the end? The rest of the story is a battle for supremacy between the two.

As the entire story of the film is based on the screenplay, Nagarjuna once again showed his strength. Anushka Glamor also worked well. Nagarjuna’s performance and Anushka Glamor are the two major elements in the film worth watching.

Western-type action sequences in the film are a special attraction of this film.

Nagarjuna’s looks, appearance, styling, and costumes are all extraordinary in Don Getup.

Nagarjuna’s portrayal in the film, his heroism, the way director Lawrence portrayed him, and the styling is watched worthy.

Basically, there is no perfection in Nagarjuna dance. Although he is basically a dance director, Lawrence has composed good steps with Nagarjuna not only in the movie Dawn but also in the movie Mass in the past and presented Nagarjuna perfectly in dance.

Anushka was shown more beautifully by the director.

Finally:  The movie Don will give much entertainment with its action sequence, songs, Anushka’ glamour, dialogues, and dance.  The movie can be seen with the entire family.

The latest OTT technology provides many best movies online.  But, you know that Aha OTT came up with exclusive Telugu movies hd, which include many nostalgic movies.  Don movie included in Aha OTT recently.  So, watch it online and enjoy it.